Astrology History can be traced back to the Chaldeans who lived in Babylonia (now Iraq). They developed one of the original forms of Astrology as early as 3000BC. 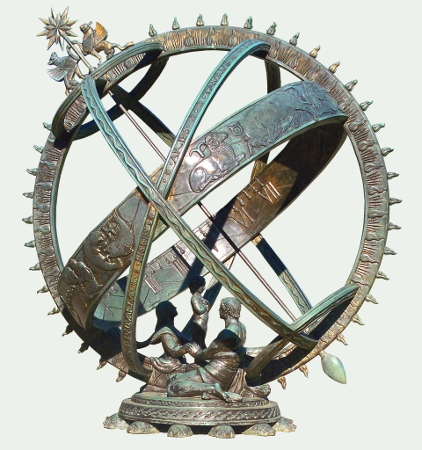 Astrology is an ancient practice developed by different civilisations independently. The Chinese were practising Astrology by 2000BC.

Other varieties were formed in ancient India and among the Maya of Central America. These people observed certain astronomical bodies affected the change of the seasons and the success of crops. Based on such observations, they developed a broader spectrum by which the movement of other bodies, such as the planets, affected or represented additional aspects of life.

By 500BC, Astrology had spread to Greece where philosophers like Pythagoras and Plato incorporated it into their study of religion and astronomy. Astrology was widely practiced in Europe through the Middle Ages, despite condemnation from Christian leaders like Augustine.  A lot of the esoteric wisdom was lost during the witch hunts and inquisitions.

Many scholars viewed astrology and astronomy as complementary sciences until the late 1500s. At the time, the discoveries made by the astronomers Nicholas Copernicus and Galileo Galilei undermined some of the foundations of astrology. Since then few scientists have accepted Astrology as a science.

When Uranus formed a conjunction with Pluto in the sixties - Astrology started to become popular again.

Lyrics from the musical Hair:

When the moon is in the Seventh House

And Jupiter aligns with Mars

Then Peace will guide the planets

And love will steer the stars

In recent times there has been a revival of this science of inter-relatedness. Energy is more accepted now as being something with substance and power.  Astrology is continuing to be explored and recognised with more credibility.

Astrology History back to homepage